HOW CAN WE HELP?

Let us know if you have questions about EKA Omni-TMS™ or would like to schedule a demo.

We'd love to hear from you

(Will respond within 1 Hour)

Catch up on the latest at EKA: 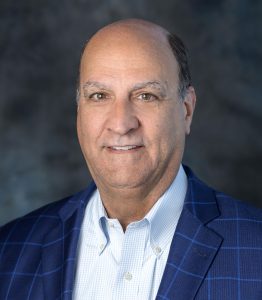 “Over the years, I think that the biggest thing I’ve learned is that you have to equally manage the peaks and valleys because your employees follow you.”

We spoke to Frank Adelman, Chairman of Transflo, for the latest edition of EKA Insights. You can check out the interview right here.

Q: “I’ve been promoted and put in charge of people from a number of different departments. How do I get them all on the same page?” – C. Rivera (Boise, ID)

JJ Singh, EKA Founder & CEO: First of all, congratulations on the new role!

And in my decades of experience, I can tell you this – you can’t make anyone do anything that they don’t want to do.

That doesn’t mean you should play any games. The biggest mistake you can make is not treating the people reporting to you as your equals, respecting their point of views and their truths as you set the direction for the team.

When I hear about teams trying to “get on the same page”, so often those conflicts arise with the tactics because folks haven’t taken the time to align on the goals and strategies.

If that sounds like more work then, well, it’s because it is. You have to put in that work upfront to save cleaning up the messes long term.

You need to clearly communicate the goals to your team. Take time to explain why these goals exist and what achieving them means for the company along with each of them.

Then comes the hard part – you need to communicate the strategies and the philosophies driving them. This is where you’ll need to really give your team time to discuss, debate and explore the reason you want things to run a certain way.

If they are onboard with your philosophical approach, allow them latitude to figure out the expression of those resultant tactics. That’ll make them feel less like they’re being dictated to and more like they’re part of a real team. Sometimes that’ll result in a tactical approach than you might not normally take, but who knows? Maybe that’s exactly what you need!

Never give up on your dreams – sometimes they just take a bit longer than you expect!